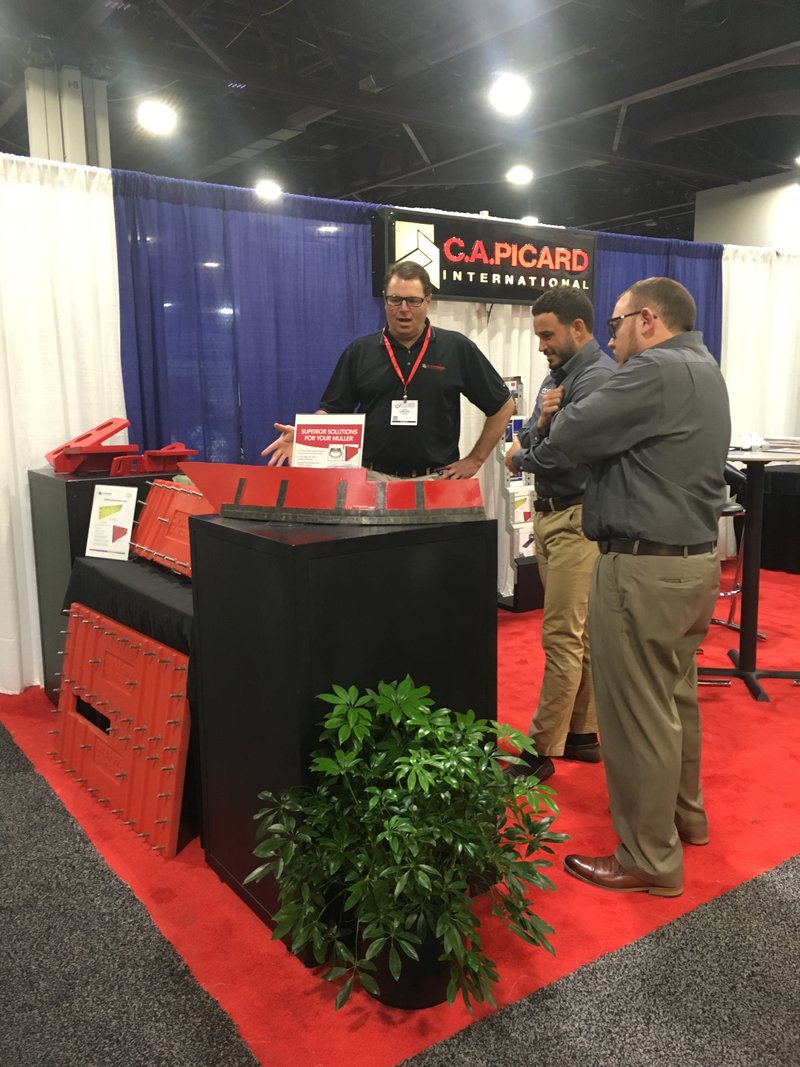 For 3 1/2 days in Atlanta, Georgia, there were full-scale exhibits, cutting-edge technology, demonstrations, exciting new equipment on display at the CastExpo 2019. The exhibition which was held from April 24th-27th had 420 exhibitors and 5,200 attendees. Although the focus of the CastExpo is on the metal casting industries/foundries in North America, there was a large number of visitors from over 32 different countries.

CastExpo is held every three years in a different location in the United States. This was the second time the expo was held in Atlanta and the ninth exhibition which C.A.PICARD® has had a booth to display our various wear parts for the foundry industry.

Since the show was attended by both our existing customers as well as new potential customers, the focus of our booth was to show new and innovative products that are not often possible to show customers at their facilities. The main focus of customers visiting our booth this year were there to see the new style "click" capping strips which we just started producing last year as well as wear parts for sand mixers/mullers.

Due to the GIFA exhibition also being held this year in Dusseldorf, the attendance was not as strong as it has been in the past (usually attendance exceeds 7,500). This overlap where both shows are held in the same year happens every twelve years.

Overall, the show was a success in generating many new leads and contacts. The CastExpo 2022 will be held in Columbus, Ohio on April 23rd-26th. Prior to that however, will be the 124th Metal Casting Conference in Cleveland, Ohio.